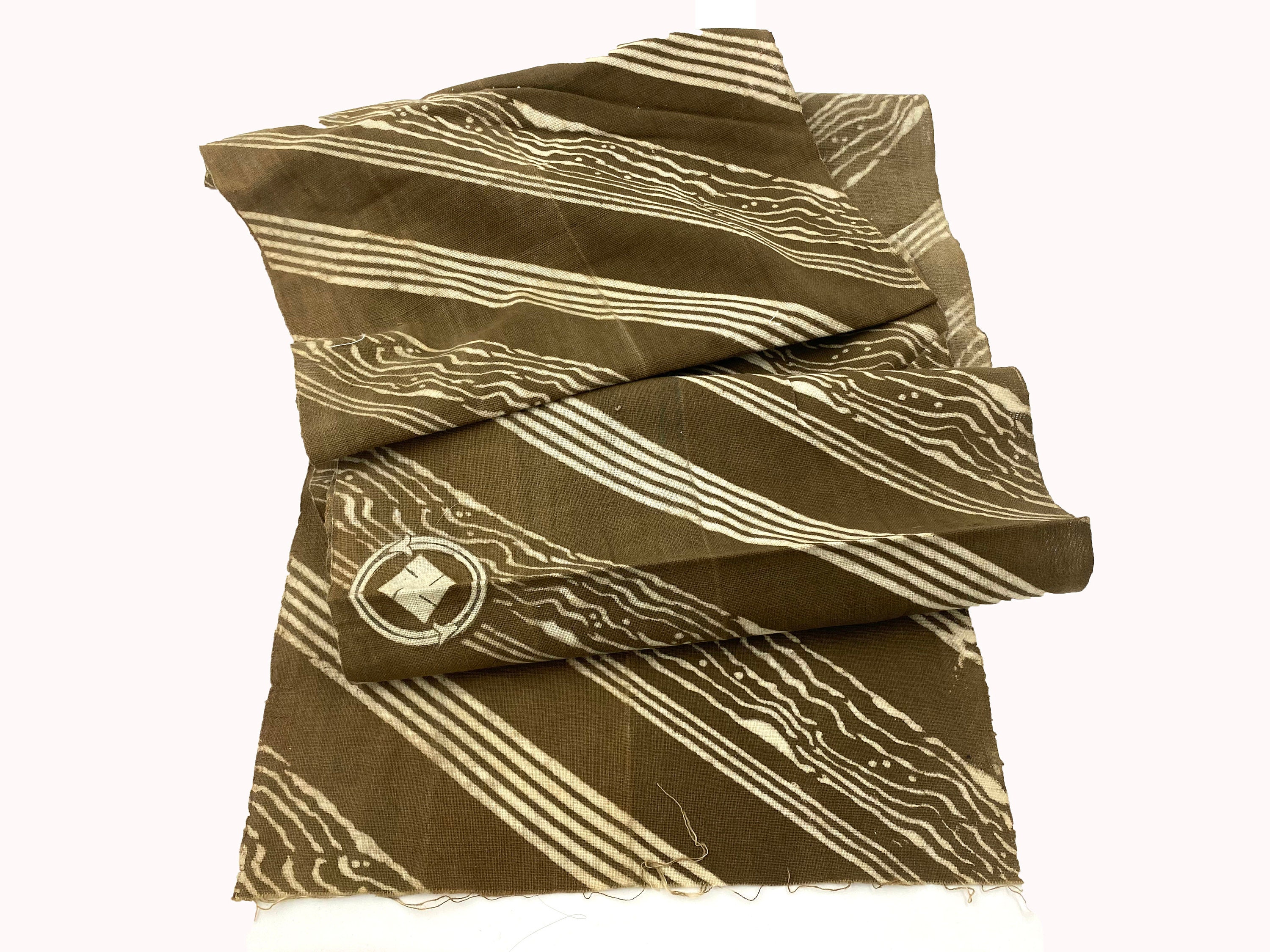 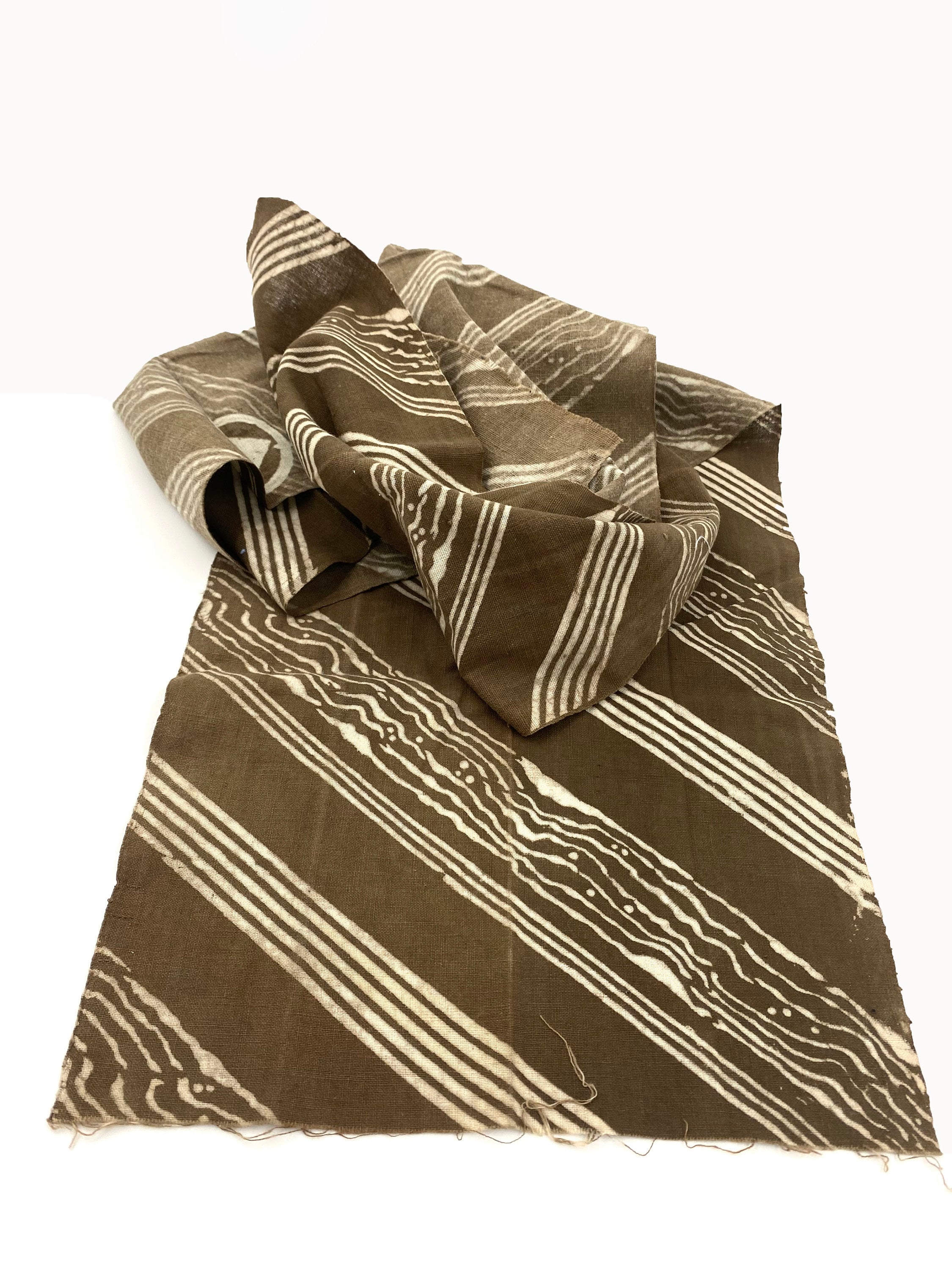 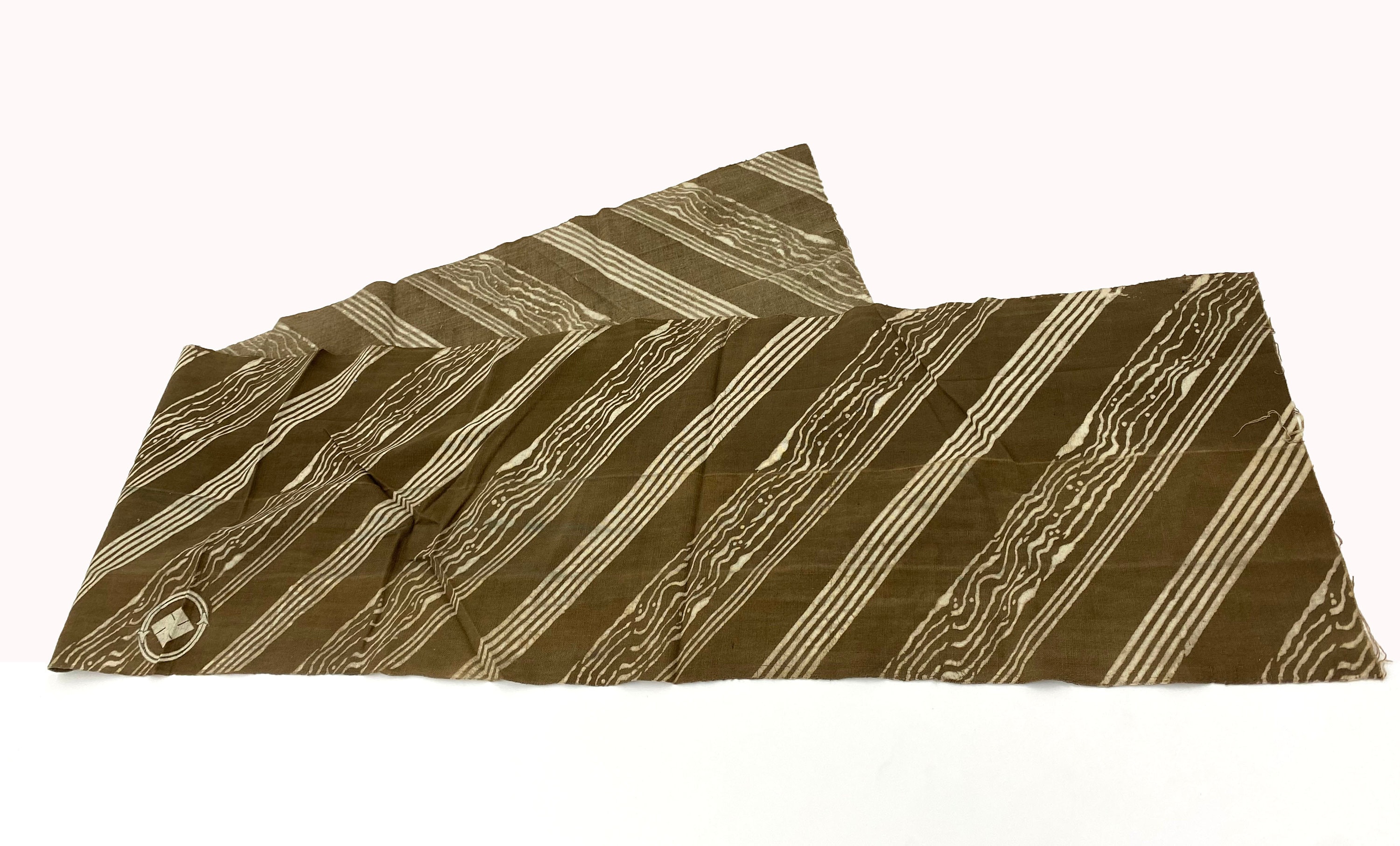 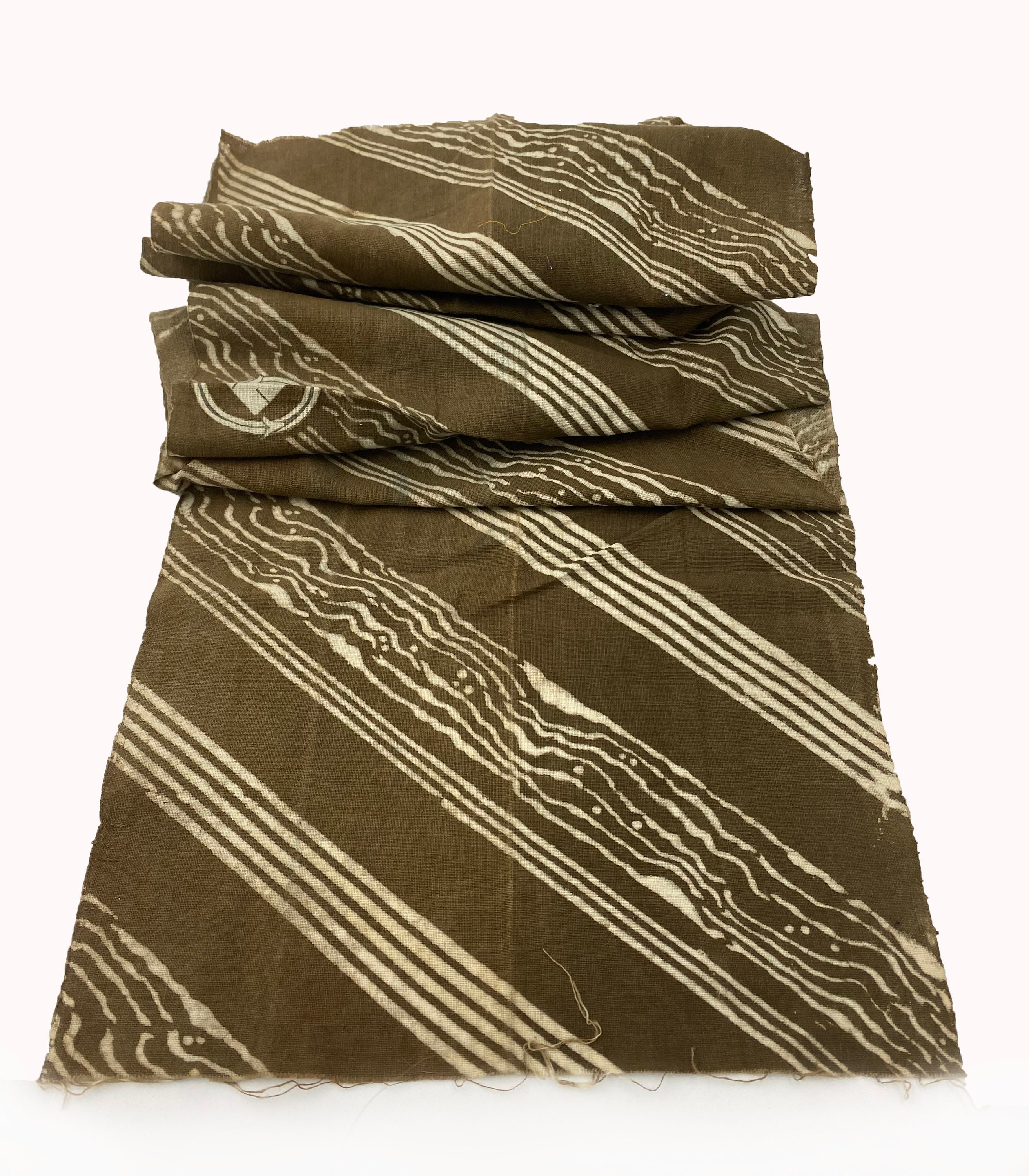 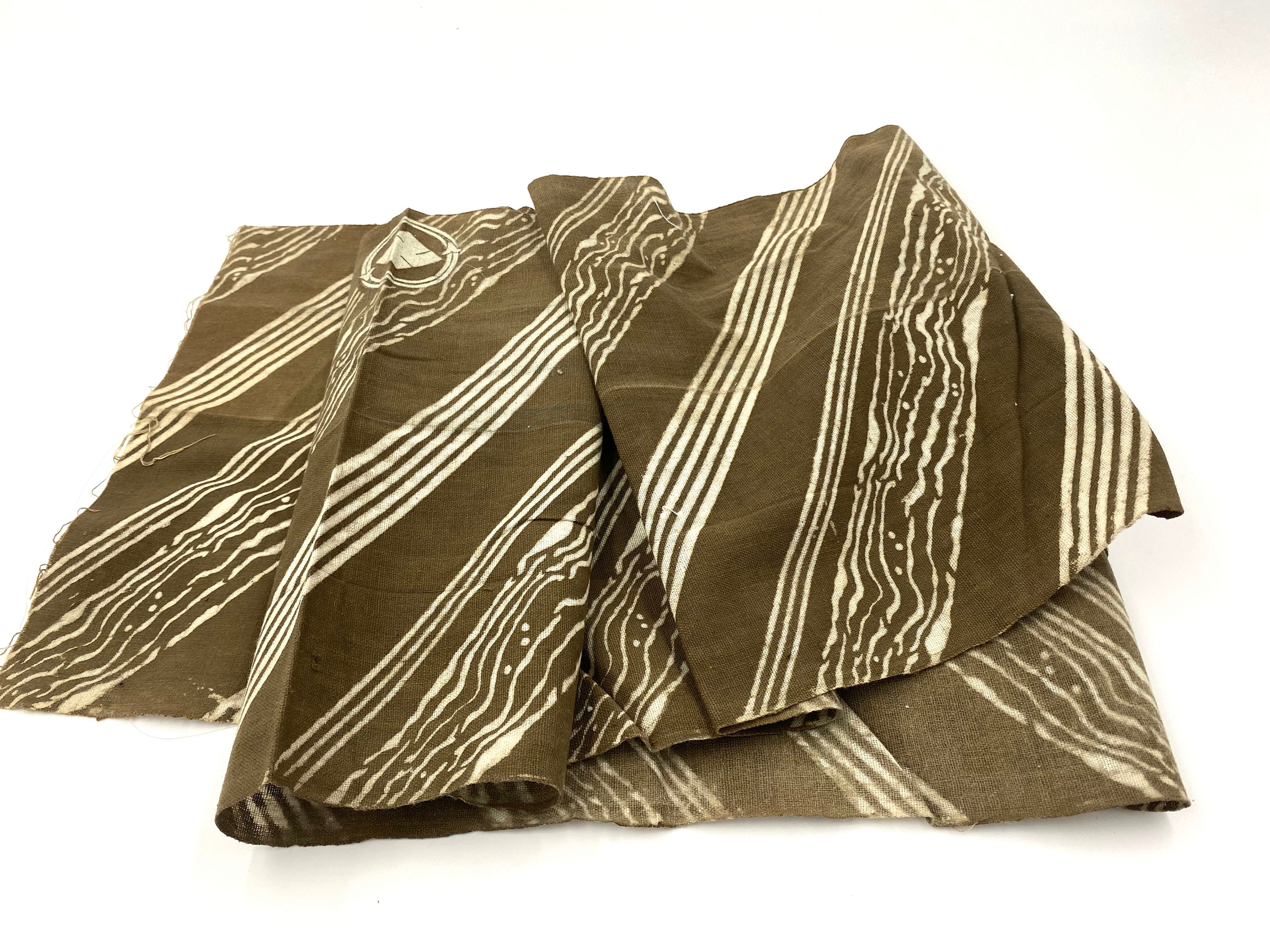 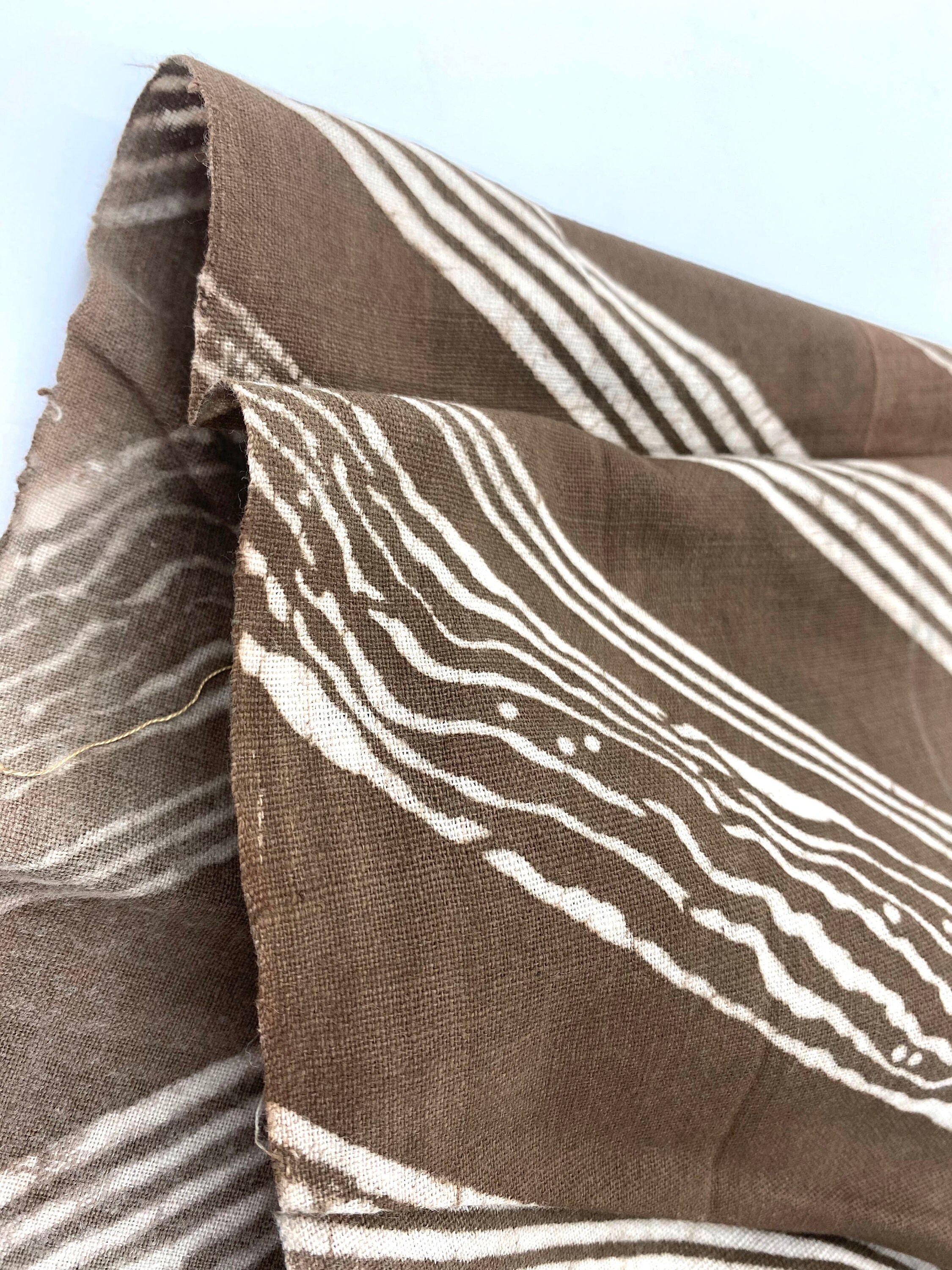 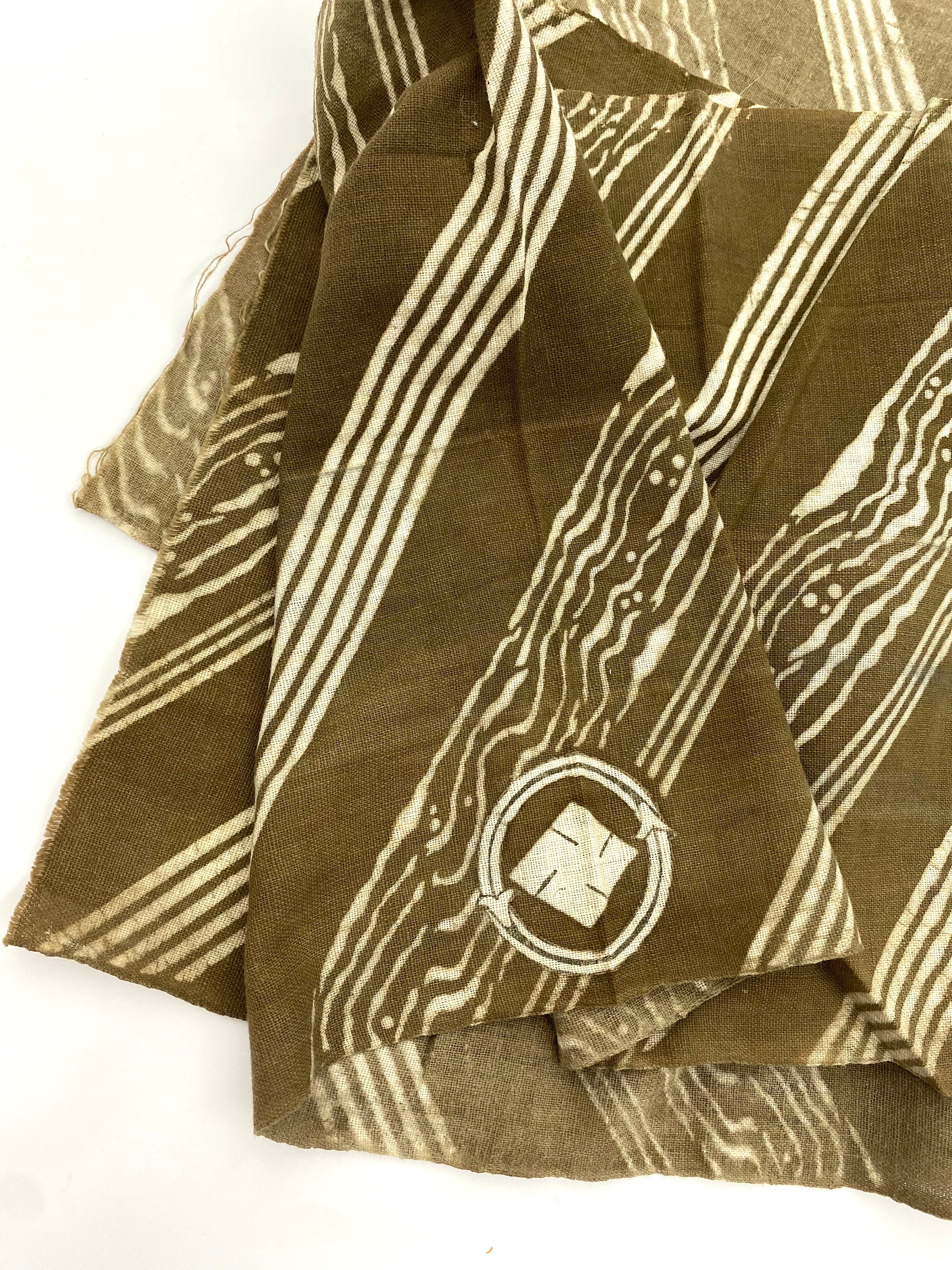 A rare antique Japanese fabric. Katazome stencil dyed cotton with a natural brown dye. The main geometric and water design was done with a stencil. There is one kamon / family crest half way down the length which was done with tsutsugaki technique, hand painting nori resist dye. The uneven selvedge shows that cotton was hand loomed. Early 20th century vintage fabric.

*Katazome is a traditional Japanese resist dye technique. A stencil, known as kata, is used to apply a flour and water paste before dipping. These textiles were made by hand from scratch. The weaving, stenciling, dying and often the spinning of the cotton was all done by hand by the artisan. Natural botanical dyes were used, indigo being the most common.

Antique textiles, such as this, are typical of 19th / early 20th century Japanese utilitarian textiles. They would have been used to make domestic items such as futon covers, throws, blankets or clothing. They are highly regarded and collected within Japan and across the world.

In Japan, cotton was highly prized among the peasant class as a warmer alternative to hemp. Indigo dye was the best natural dye available to use with cotton. Indigo cotton became a quintessential Japanese fabric that was never thrown away and always reused. Ther term 'boro' translates as scrap / rag. Therefore, this category of Japanese textile can simply be referred to as boro.

To learn more about boro take a look at my blog post:
http://furugistarjapan.wordpress.com/2011/02/18/boro-japanese-folk-fabric/

*NOTE Ensure you are aware of any customs charges that may be incurred by authorities in your country. FurugiStar is not responsible for additional charges in line with standard practice.

I gladly accept returns and cancellations

Ship items back to me within: 7 days of delivery

0 items in your cart